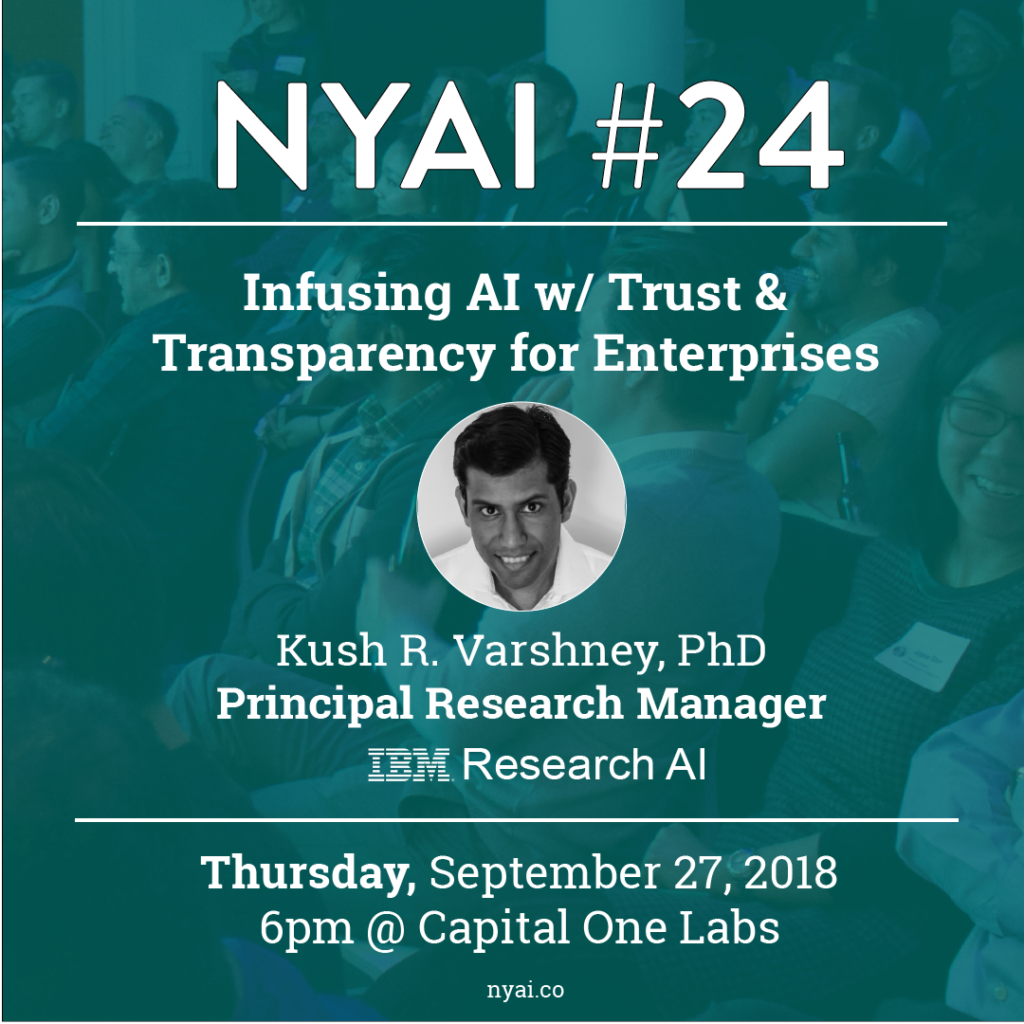 Join us for what’s sure to be an awesome night in AI!

We’re excited to welcome back the incredible Kush R. Varshney (Principle Research Manager at IBM Research AI) who will talk about Infusing AI with Trust & Transparency for Enterprises.

While Kush’s talk may get technical, this event is open to those with non-technical backgrounds. Drinks and hors d’oeuvres will be served, followed by desserts (and more drinks!) available after the talk. Huge thanks to Capital One for their continued support! 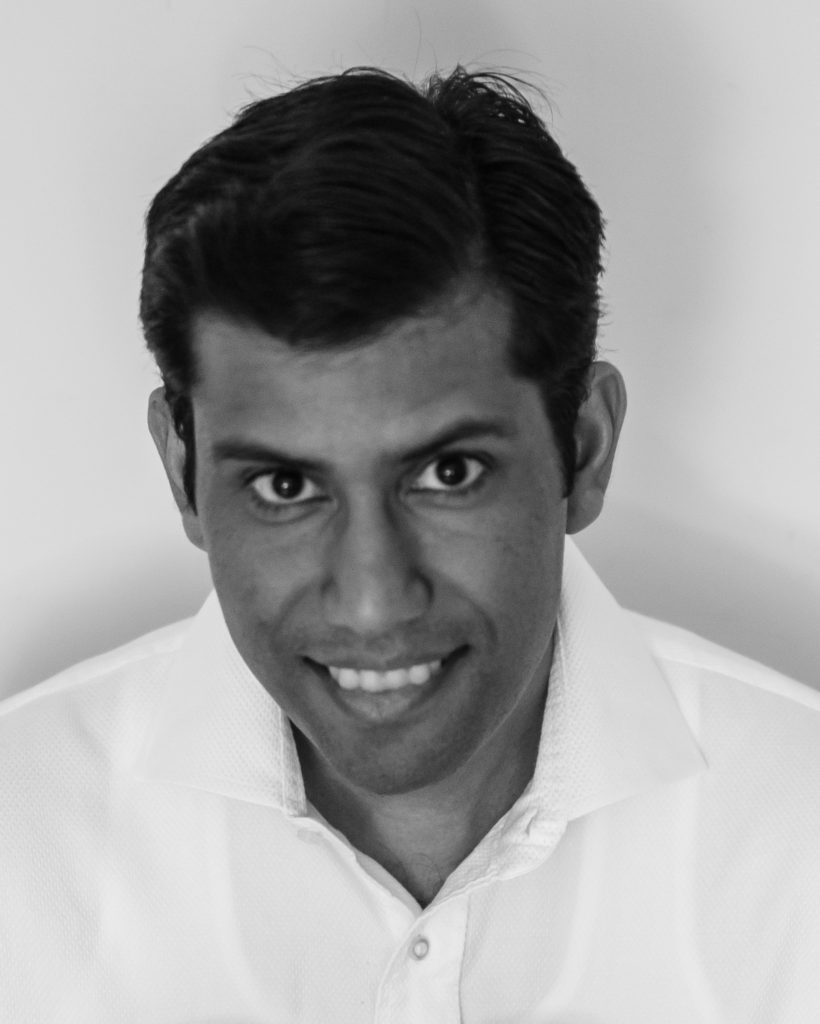 Dr. Varshney is a principal research staff member and manager with IBM Research AI at the Thomas J. Watson Research Center, Yorktown Heights, NY, where he leads the Learning and Decision-Making group.  He is the founding co-director of the IBM Science for Social Good initiative.  He applies data science and predictive analytics to human capital management, healthcare, olfaction, computational creativity, public affairs, international development, and algorithmic fairness, which has led to recognitions such as the 2013 Gerstner Award for Client Excellence for contributions to the WellPoint team and the Extraordinary IBM Research Technical Accomplishment for contributions to workforce innovation and enterprise transformation. He conducts academic research on the theory and methods of statistical signal processing and machine learning. His work has been recognized through best paper awards at the Fusion 2009, SOLI 2013, KDD 2014, and SDM 2015 conferences. He is a senior member of the IEEE and a member of the Partnership on AI’s Safety-Critical AI working group.

NYAI #25: Evolution Strategies: An Alternative Approach to AI Next